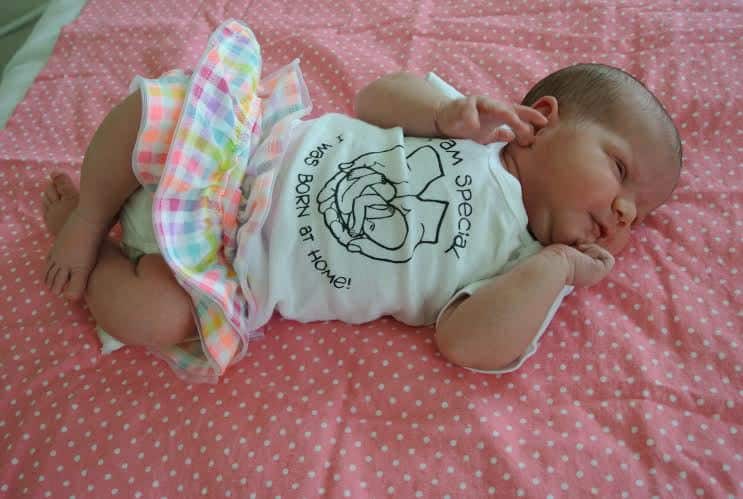 C and M started care with me in the first trimester of their second pregnancy.  C had her first baby in the hospital and was desiring a different experience for this baby’s journey.

C’s pregnancy progressed perfectly.  When her due date came, C decided she would like to start the homeopathy regimen to see if it would help her go into labor.  At 40.3 weeks C had her regular appointment with me and we decided to do an exam and try a membrane sweep.  C was 2cm dilated, 50% effaced and baby was at a -2 station.  I gently swept C’s membranes.  We discussed setting up to see each other in three days if baby had not come and make a plan.

Three days went by and C and M came by first thing in the morning for a membrane sweep and to drink my herbal tea blend of red raspberry leaf tea and pregnancy tea with black and blue cohosh and honey.  C drank the tea and then we did the exam and sweep.  She was 2-3cm dilated, 70% effaced and baby was still nice and cozy at a -2 station.

I recommended that C and M get something to eat and go take a nice walk.  I was very hopeful that some good contractions would start and maybe get labor going later that day or the next.

Contractions started fairly soon after they left my office.  By 1pm, things began coming regularly, getting stronger and longer.  C called her doula over, and then asked me to come around 3pm.

C was resting when I arrived but soon was up and ready to get to work to meeting her baby.  Contractions were coming every 2 minutes, lasting 45 seconds in length.  C had a pendulous abdomen and we were anticipating baby being over nine pounds, so I recommended C do the abdominal lift and tuck for ten contractions. C’s doula helped her do the lift and tuck with the rebozo, while C would say to herself during labor waves, “I am going to meet my baby today!”

About 430pm we did a cervical exam and found C’s cervix to be 4-5cm dilated, 80% effaced and baby at a -2 station.  C moved to sitting and rocking on her birth ball during some contractions, her labor music playing in the back ground.

Things started to pick up and C became more vocal with contractions as she labored on the toilet and then sitting on her bed through a few labor waves.  She snacked on some grapes and a honey stick in between waves.  Despite how uncomfortable it was, C agreed to letting her doula help her through another series of abdominal lift and tuck since we all agreed the intensity of her waves shifted some after the last set.

The warm water helped take the edge off.  Contractions were coming every 4 minutes, lasting 60 seconds.  Things were feeling more intense and more than once C requested that her baby to “get out her vagina” during labor waves.  I discussed possibly doing another series of lift and tucks in the pool but C told me that it was not funny.  Things were moving along perfectly.

C alternated her position frequently over the next couple hours.  She would sit through a few waves, then kneel through a few and then try semi reclining.  M was right at her side, always supporting and encouraging her.  Occasionally C would break out and start singing the song on her play list in between waves.  At another point she looked at M and said “You make me so happy.”  It was beautiful to see their connection as they worked together to bring their baby girl earth side.

As the 8pm hour passed, contractions were coming every 3 minutes, lasting 60 seconds and C was beginning to sound grunty at the peak of contractions.  We did a quick check about 840pm and C was 7cm, 100% effaced and baby was at a 0 station.  We all encouraged her on what an amazing job she was doing.  She looked at M and said, “I know I am strong! Look at this shit!  I am strong and I want her out now.”

Through out the last couple hours C’s doula and I had primarily been working with C and M through position changes and encouragement, but she was not liking our ideas so much anymore.  We decided to change the environment and we all stepped out and my apprentice R jumped in to talk with C and work with her.  R talked with her for a few minutes and got her to try a kneeling squat, alternating legs.

C’s doula and I stepped back into the room a few minutes later around 915pm.  I could hear in her voice that things weren’t going to be much longer until she was holding a baby.

At 933pm, C began to spontaneously push and with the first push we could see the head on the perineum.  Two minutes later the head began to crown.  The intensity of the sensations made it hard for C to keep her bottom in the water.  I gently encouraged her through those sensations, and we decided to have C rotate her position off her knees and into a semi reclining position.  C gently birthed the head at 940pm, followed soon by the rest of the baby and to C’s waiting arms.

Welcome to the world Amelia, born earth side on June 17, 2016 at 940pm, weighing in at 9lbs 2ozs, 21.75 inches long.  It was such an honor to help this sweet family have the beautiful birth they desired.