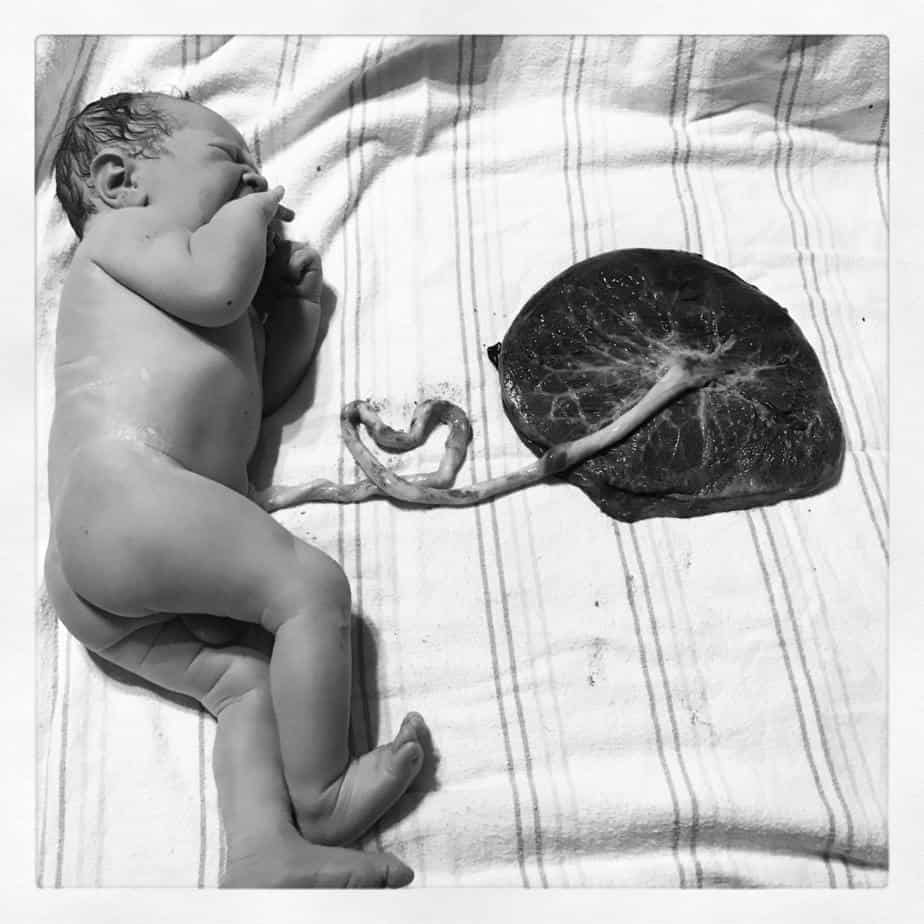 C and A started care with me in the first trimester of their second pregnancy.  They had their first baby with me after a very long, hard labor that ended in a transport, and we were prepping for a different journey this time.  You can read about C’s first journey here.

In C’s first labor, we discovered she had cervical scar tissue in labor that made things intense and hard to dilate.  Since we knew this was an issue the last time, C began our scar tissue regimen at 37 weeks to help make this easier this time around.

The morning of C’s due date, August 24th, C sent me a text message saying she had been having cramps that seemed more like labor all through the night, approximately 20 minutes apart. C napped and did things around the house to stay distracted.

At 10am, the intensity was a little stronger, and the waves were now coming every 7-10 minutes.  C had her weekly appointment with me that afternoon, so we decided she would keep her 3pm appointment as planned unless something changed.

Contractions shifted when they were trying to get out the door.  Since Hurricane Harvey was about to hit the next day, we decided that they should still come and do a membrane sweep and herbal tea to get things active.  When they arrived at 3pm, C was still chatty, but needed to stand, move, and not talk with contractions, which were coming every 2-5 minutes, lasting 40-60 seconds at this point.  C drank the tea, and I moved along quickly with getting vitals complete.  I did a cervical check, and found C to be 4cm dilated, 100% effaced, and baby was at a -1 station.  I swept her membranes, and massaged the cervical scar tissue.  I had one more client to see, and then planned to head over to their place shortly after.

I got a call from A at 338pm that C’s water broke while driving home, and things were picking up.  C and A live close to me, so I told A I was finishing up with the client I was seeing and would be en route.  My ETA was 403pm.

A couple minutes before 4pm, C’s doula A sent me a text saying that A messaged her saying “red alert.”  I tried calling A, but he did not answer.  I sped the last few minutes, not knowing how serious things were going to be when I arrived.

I found things in chaos when I walked in.  C was sitting on the bathroom floor, moaning with contractions.  I could see bloody show with contractions coming onto the floor.  A was quickly getting the birth pool filled, while their sweet toddler cried, wanting attention.  The sibling doula was en route.

I took over with C, and helped her move out of the bathroom and into a more comfortable position. I put down a shower curtain on the floor beside her bed, and C moved to laboring on her knees at her bed side.  I listened to the baby, and found him sounding perfect.  C leaned on me during contractions, while I provided counter pressure to help with the pain in her back.

The sibling doula arrived at 415pm, and was able to take charge of their toddler which was such a help.  The next contraction, C looked at me and said, “I need this thing to come out!  There is so much pressure!”  I continued to encourage her through the waves, providing counter pressure in between.

After another contraction, C exclaimed, “I feel like he is right there!”  I checked her while she stood next to her bed, and found her to be 10cm dilated, and baby at a +2 station.

C started to push at 429pm.  The pool was almost ready, so C began to push while standing next to her bed.  The pool was ready at 435pm, and C quickly got in and labored in a semi reclining position.

Around this point my birth assistant H arrived, and started to get everything set up.

C was pushing so well.  At 437pm, we could see some of the head sitting on the perineum with contractions.The head was crowning at 440pm, and birthed at 441pm.  Baby had a loose nuchal cord that unwrapped over the baby’s head.  He was born one minute later after one more swift push, and brought to his mama’s chest.  He was here…. and born at home!!

It was such a blessing and honor to serve this family a second time, and I was so overjoyed that this birth experience was completely opposite of big brother’s!  A was so pumped that he started talking about having the 4th baby, and number 3 hasn’t even happened yet!  C was amazingly powerful through her very fast and furious active labor phase!