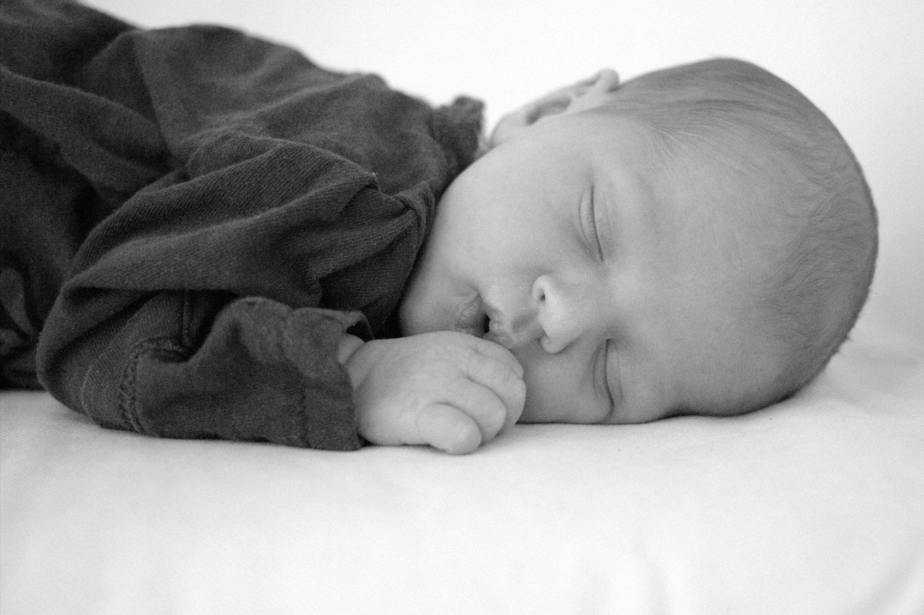 A and R started care with me in the first trimester of their fourth pregnancy.  A had previously had a birth center birth, and was looking forward to a home birth.

To everyone’s surprise, contractions started 9 days before A’s due date.  All day contractions ranged from 5-10 minutes apart, eventually getting closer, longer, and stronger.

A’s doula said it was go time that evening when contractions were coming every 2-3 minutes, lasting 60-90 seconds in length.

I arrived right before midnight, and found A laboring peacefully on her right side in her bed. I checked A’s and baby’s vitals, and then did a cervical exam.  I found A to be 3cm dilated, 50% effaced, and baby at a -4 station.

After the exam, I recommended doing the abdominal lift and tuck for ten contractions using the rebozo to help get baby more into the pelvis.  R helped do the lift and tuck, which definitely shifted the contractions.

After the lift and tuck, A got back on her side in the bed, alternating sides.  As 1am neared, A was feeling emotional.  We all encouraged and reminded that each baby has to make their unique way earthside.

Contractions intensified at 3am, coming every 2.5-3 minutes, lasting 75 seconds.  Nausea was hitting hard.  A stated there was bloody show, which was promising for the end goal!

A requested an exam at 430am.  The contractions were not as regular anymore.  Her cervix was 3cm dilated, 60% effaced, and baby at a -3.  The cervix was now anterior, but I felt scar tissue on the cervix.  I attempted to massage the scar tissue during a contraction.  A was feeling discouraged, and just wanted to be done.  Since contractions were irregular, I recommended napping while she could, and we would see where things were when she woke up.

Everyone got a nice three hour nap.  Once A was up and moving, we chatted about how she was feeling and what she wanted to do.  Contractions were still present, but not as strong.  A said she wanted to try and get things going again to have a baby.  I got some herbs together for her, while R cooked her some eggs and bacon for breakfast.  At 8am, contractions were coming every 3.5 minutes, lasting 30 seconds, and were mild in intensity.

After A ate breakfast, she went out for a walk with her doula and R to see how it would move things along.  They walked for an hour, and then A took a shower before we did an exam.

I did an exam at 1030am and found A to be 4cm dilated, 80% effaced, and baby at  -2 station with a nice bulgy bag of water.  I massaged the scar tissue, and had a fair amount of bloody show on my glove.  Definitely good progress!

I suggested doing another round of lift and tuck to help further intensify contractions, as well as bring baby down.  A was game for getting things closer to the finish line.

Lift and tuck did its magic, and contractions were every 3 minutes, lasting 90 seconds, and strong after the round of ten.  A was ready for the birth pool.  She requested her water to be broken before getting in the pool to help get things moving along, hopefully quickly, after we reviewed risks and benefits.

A moved to semi reclining while in the pool.  Contractions were coming every 2-2.5 minutes, lasting 60 seconds.  The pressure was starting to come and go at the peaks.  A did an excellent job of listening to her body and moving positions as she felt was needed.

At 2pm, A wanted to be checked due to the pressure.  I could not get a good feel of the cervix, but could feel a lot of swelling.  I recommended A get out of the pool, and get in the open knee chest position for 40 minutes to help reduce swelling.

I did an exam at 3pm, and found A to be 6cm dilated, 90% effaced, and baby at a 0 station.  i encouraged A not to push into the pressure she was feeling, but let it build and melt her cervix away.  I discussed with her to rest with R, and discuss any emotional or mental road blocks that could be causing stalls in her journey.

A did open knee chest again, followed by side lying, and laboring on the toilet.  She was starting to get more and more exhausted from the length of her journey.

A’s chiropractor arrived at 8pm to do an adjustment and some pressure point work.  It seemed to help change A’s perspective and demeanor.

At 9pm, A labored sitting on the floor.  A said there was so much pressure in her butt.  She alternated positions frequently, moving from the toilet to hands and knees to the floor to side lying.  Different members of the birth team were at her side, providing comfort measures and support.

A moved to the toilet at 936pm.  A shift happened, and she yelled for me minutes later.  There was lots of bloody show, and A was not wanting to deliver on the toilet.  We helped her move to the bed at 943pm, where she began to push.  Baby was at a +3 station.

After two minutes of pushing, A’s sweet baby was furiously brought earthside, being caught by R and brought to A’s chest.  What a journey it was!

Welcome to the world Benjamin, born earthside on November 11th, 2017 at 945pm, weighing in 7lb 10ozs, 19.75 inches long.  A had so much strength and endurance through her marathon labor.  It was an honor to support her through her journey.