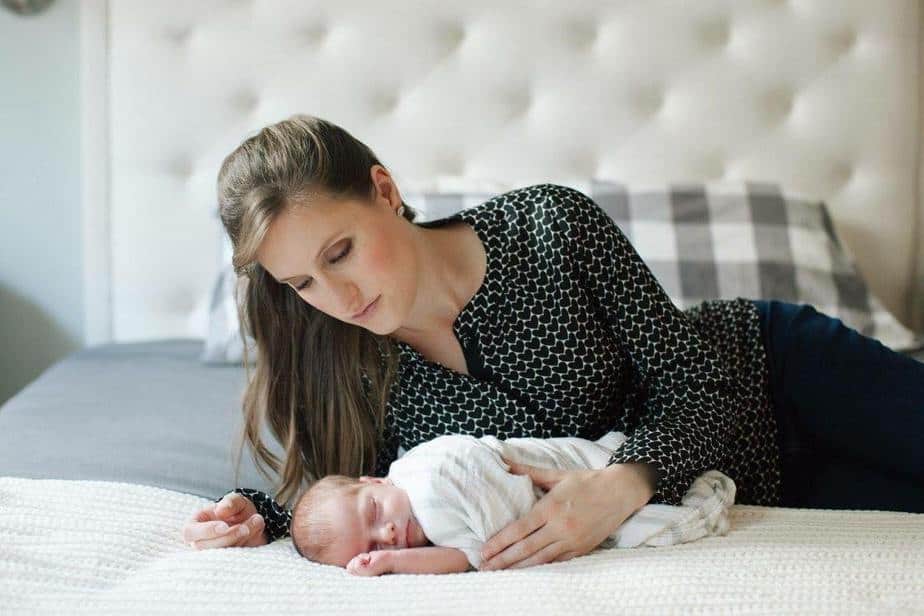 R and A started care with me in the first trimester of their first pregnancy.  R did a fabulous job through out her entire pregnancy to do all the things to make things for the best for her pregnancy, birth, and baby.

On September 6th at 41 weeks 3 days gestation, R came over for labor encouragement.  R had an ultrasound follow up the day before that suggested that it would be a good idea to work on having a baby.  R was ready, and agreed to getting things going.  I made R an herbal tea blend to drink while we talked and did vitals.  I found her cervix to be 3cm dilated, 80% effaced, and baby at a -1 station.  I swept her membranes.  I suggested R head home, eat lunch, and go for a nice walk and see where things went from there.

Things began to start fairly soon after R left my place.  She did everything I suggested, and decided later in the afternoon that she wanted her doula to come over.  Her doula chatted with me upon her arrival around 515pm, and I suggested trying lift and tuck and seeing what that would do to contractions.

Things became stronger and more active.  At 730pm, I was asked to come that way.

I arrived at 830pm, and found R laboring on the birth ball.  Contractions seemed regular and strong.  I did mom and baby’s vitals before asking R about an exam.

I did an exam right before 9pm, and found R to be 7cm dilated, 100% effaced, and baby at a 0 station.  Things were moving along nicely.

We began to prep the birth pool, while R alternated laboring standing while her doula provided hip squeezes and sitting on her birth ball.  Contractions were coming every 2.5 minutes, lasting 70 seconds.

R moved to the birth pool at 940pm, laboring semi reclining.  After a few minutes, she moved to her knees, while A was at her side offering support.  R labored so calmly through out her journey.

As 10pm came, R was beginning to feel some pressure, and we could see some bloody show on the floor of the pool.  She asked A to do counter pressure on her back to help with the pressure of baby moving down.

A got into the pool right before 11pm, and R moved into semi reclining against A for comfort.

R got out of the pool around 1130pm, and emptied her bladder and labored on the toilet for a couple contractions before returning to the pool again.  Contractions were coming every 3.5 minutes, lasting 90 seconds, and were strong in intensity.

I did an exam on R right before midnight in the pool, and found her to be 9cm dilated, 100% effaced, and baby at a +1 station.  She was getting close!  I recommended R try side lunging on her knees in the pool, doing hip circles during contractions to help get rid of the rest of the cervix.

R tried that for a few contractions, before moving to her hands and knees in the water to labor.

I noticed the baby having a deceleration during a contraction a little before 1am.  I did an exam soon after, and found R to have some cervical swelling and recommended she get out of the pool and into open knee chest to help the baby with dilating her cervix and giving the baby oxygen.  We also began giving R a homeopathic every 3-5 minutes to help give extra oxygen to the baby.  Things improved after the first couple of doses.

At 151am, R began pushing with my assistance to help the lip of cervix move over the babies head while in a semi reclining position.

R’s water broke during a contraction at 222am, and was so powerful it shot across the room and hit the bedroom wall!  It made us all laugh!  She was pushing so well.  Contractions were coming every 3 minutes, lasting 90 seconds.  R was 10cm, and baby at a +2 station.

R moved to pushing on her left side at 242am.  Baby was having occasional minor decelerations, but overall was handling pushing like a champ.

At 248am, R moved to hands and knees to push while leaning on pillows in her bed.  Shortly after 3am, baby was at a +3 station, and getting closer to making her appearance!

R moved back to semi reclining at 313am, and did tug of war with the rebozo with her doula to give some extra power to her pushing. During this time, R began to experience some awful leg cramps, and we all took turns trying to help give her some relief from the leg cramps.

The head was visible on the perineum at 330am.  I began using warm compresses and oils to help the perineum stretch and to minimize any issues with tearing.  The head was birthed at 354am, followed by the rest of her body at 355am.  Baby girl had gotten herself quite wrapped in her cord, so I unlooped her out of her cord upon delivery.  She was here!

Welcome to the world Eden, born earthside on September 7th, 2017 at 355am, weighing in at 7lbs 12ozs, 20 inches long.  Sweet Eden made her presence known with her powerful, sweet cries.  She definitely did not like anyone moving or messing with her after she was born.

It was such a privilege to help support this sweet couple as they worked so hard to welcome their first child into the world.  #sacredjourneymidwifery