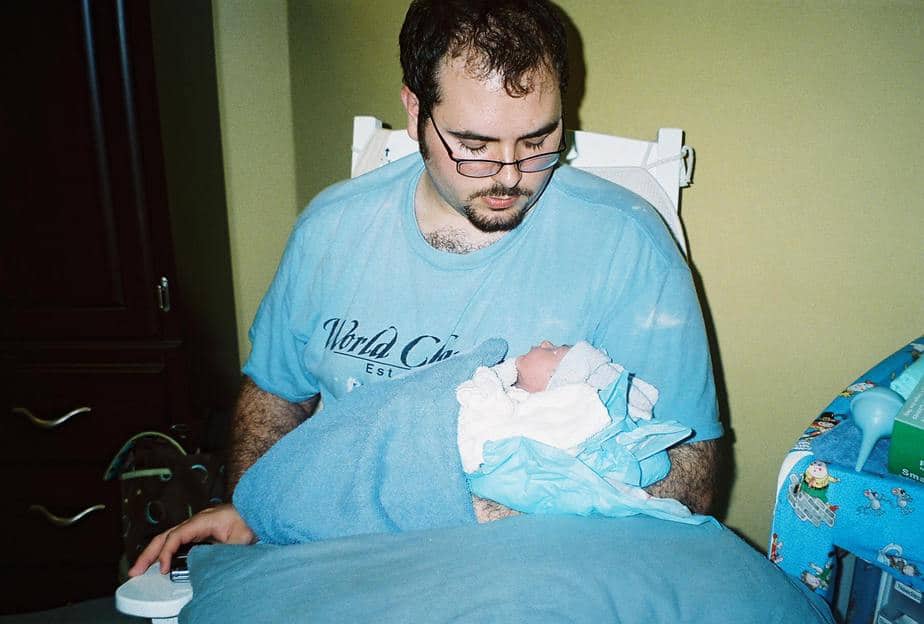 In honor of Gideon’s SIXTH birthday tomorrow (Time Flies!), I am sitting down and writing his birth story.  Crazily enough, I have never sat down and wrote his story before.

I was helped out of the tub and brought to the bed.  I felt completely delirious and strange.  They handed me my baby (he was still attached to the placenta), but I felt unsteady and out of my mind.  The placenta was birthed and I had a bit of increased bleeding that was managed with the herbal tincture Shepherd’s Purse. Soon his cord was cut and other’s got to hold him.  I was still throwing up and not feeling well (seriously!  It stinks!).  I eventually could drink a little bit of a protein shake and that helped immensely. Gideon Phoenix Stellhorn was born in the water on March 18, 2008 at 10:21am weighing 6.5#, 19.25″ long.  His gestational age exam aged him out at 35 weeks (quite appropriate based on my LMP).  He did not take well to breastfeeding, and that caused us tremendous amount of issues the first few months of life.