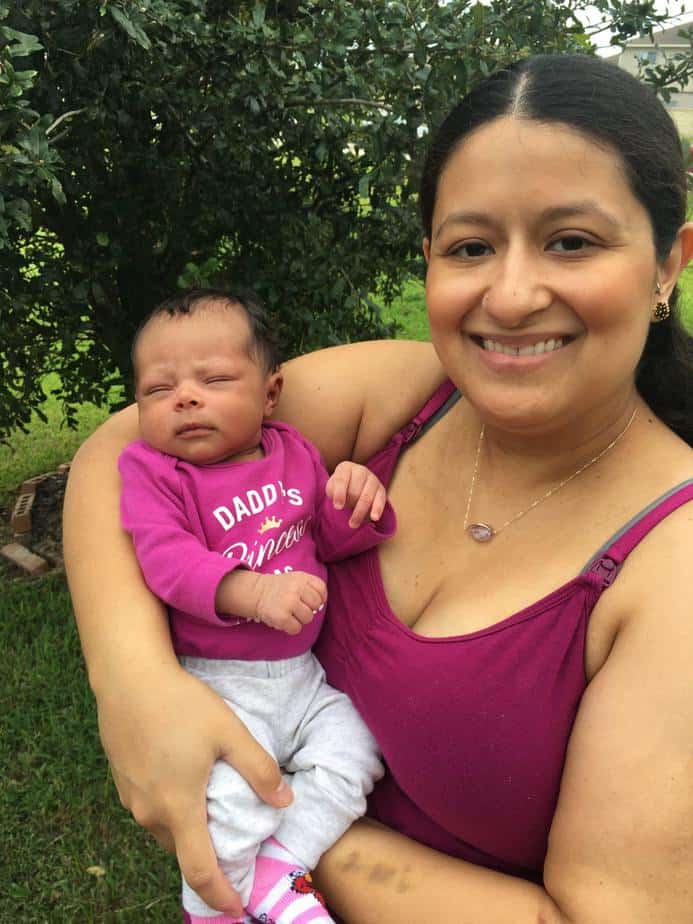 S and J started care with me near the end of the first trimester of their first pregnancy.  S had a friend who recently had a home birth, and she was excited to be planning a home birth for her journey too.

S came in at 40.6 weeks for her regular appointment.  We talked through a plan for 41 weeks.  S originally wanted to come the next day for labor encouragement, but I ended up at a birth with another mama, so we made plans for her to come the following day at 41.1 weeks.

S came over in the morning for a membrane sweep and tea.  She was excited because she woke with contractions at 3am that felt different and were coming every 10-15 minutes.  We were hopeful a membrane sweep and herbs would get her into active labor.  S was 1-2cm dilated, 80% effaced, and baby at a -2 station.  I recommended S and J get some lunch, go for a walk, and try a nap.

Contractions picked up nicely by the evening, coming every 3-4 minutes, lasting a minute long, but were relatively mild.  S and J walked, and ate dinner.  I recommended they try the abdominal lift and tuck before getting some sleep, which shifted her contractions to 5 minutes apart, lasting over a minute in length.

The next morning around 630am, S sent me a text that contractions were much stronger, coming every 5-6 minutes, lasting 1-2 minutes.  She tried to sleep as much as possible, but found it difficult at times.  She called her doula over to support her.

Things were all over the place with contractions through out the day.  We decided S and J should come back over for a check that evening.  J said contractions were still 5-6 minutes, lasting 1-2 minutes.  Contractions seemed mild, but much stronger than the day before.  We did another round of herbs and membrane sweep.  S had made good change since the day before.  Her cervix was now 4cm dilated, 100% effaced, and baby at -1 station.I encouraged S to try and get some rest, and reviewed when to call her doula back over, and when to call me over.

2am the next day, S called and said her water broke.  Seemed like all was normal, and she wanted to try and get some rest.  By 5am, she wasn’t able to rest well, and asked her doula to come back.  Her doula sent me a text at 630am, letting me know contractions were 4 minutes apart, lasting 90 seconds and there was some meconium in the fluid.  I let her know I would head over shortly.

I arrived at 730am and found mom and baby to be doing perfectly.  I did an exam at 745am and found S was 7cm dilated, 100% effaced, and baby at a 0 station.  S decided to labor in the shower, while I checked to make sure birth team were on the way.  We did not realize this little princess’s motto was slow and steady!

After the shower, S moved to laboring on her birth ball until my apprentice R arrived.  She decided to jump in and do lift and tuck with the rebozo for ten contractions.  During lift and tuck, contractions were coming every 4 minutes, lasting 2 minutes long.

S sat on the birth ball to rest her legs after, doing beautifully at eating and drinking.  Her play list got turned on at some point, which was one of the most lively play lists I had heard ever at a birth.  It helped her get some good hip movement on the birth ball.

After some time on the ball, S got up and started moving around the room, at one point salsa dancing with her talented doula.  S was doing beautifully at helping work her little girl down and out.

The birth pool was being finished filling for S.  Meanwhile, my apprentice A did a series of lift and tucks for 10 contractions to help things along.  Contractions were 3.5 minutes apart, lasting 90+ seconds in length.

S got into the pool at 220pm, laboring in a sitting position in the water, before alternating to kneeling.  Contractions intensified, and S began to moan with contractions.  At 330pm, S was beginning to feel some rectal pressure with the peaks of contractions.

I did an exam around 4pm and found S to have an anterior lip left to her cervix.  S decided she wanted to attempt to push with me trying to hold the lip back, but I did not feel it was working so I encouraged S to continue to labor until the lip was gone.

S moved to hands and knees in the pool while J provided counter pressure on her sacrum.  Slowly we began to notice the contractions were fizzling out.  By 5pm, S was contracting every 10 minutes.

I talked to S about getting out of the pool and trying some things to get her contractions to pick up again.  S agreed.  Meanwhile, we began dosing her with homeopathy and using essential oils to see if we could strengthen her contractions again.  S moved around for a bit, then we helped her into open knee chest on the bed at 530pm for 40 minutes to see if it would shift things around.

While S was in open knee chest,  I discussed with J and birth team that S’s sacrum looked unusual to me, and I wondered if we needed to do some different releases and maneuvers to help get the sacrum to open and let baby down.  We worked out a plan of action so we were ready to introduce positions to S after open knee chest.

S moved to the toilet to labor, while we discussed our plan with S.  She was such a trooper, and game for whatever it takes to have a baby.  At 640pm, S’s doula did the side lying release with S on both sides.  Then she moved on to the sacral release.  Contractions were irregular, but generally coming every 6 minutes, lasting 60 seconds.

J offered a position idea to have S try tailor sitting on a heating pad to see if it would loosen things up. It was so sweet to see his tender interactions with her as he helped her in the whole labor, but particularly this position.

At 8pm, we did the last release before I was to do an exam, and begin pushing.  My apprentice R gloved up and began working on the coccyx and internal ligaments.  The funniest moment from the entire labor happened after when a rooky error resulted in a life time inside joke and new nickname for R.

I did an exam at 815pm, and S was 10cm dilated, 100% effaced, and baby at a +1 station.  Contractions were coming about every 10 minutes.  S agreed she was ready to try and push this baby out.  We tried some different herbs and homeopathics to see if her body would respond any differently.

S reclined into J’s strong arms for support as she pushed with my guidance in the bed.  After an hour, we tried pushing with S doing tug of war with the rebozo.  Contractions had picked up to every 5 minutes, lasting 60 seconds at this point.

We then started rounding the clock with positions with pushing.  S pushed on her left side for several pushed, then moved to hands and knees to push, and last on her right side.  When contractions would come, S would push with everything within her.

S moved to the toilet a little after 11pm, and pushed while spending some quiet time with J.  Right before midnight, she moved to the birth stool to allow gravity to help move baby down.

As midnight came, we moved back to the bed in semi reclining to push a couple more times doing tug of war so I could see if baby had moved down at all.  After a couple final pushes, I had the conversation with S and J that no one wanted to have.  Although mom and baby were doing great, and S had been pushing phenomenally, baby girl was not coming down and it was time to make the decision to transport.

S began prepping for a transport, while J verified what hospital near them was covered on their insurance.  I called the hospital and spoke to the hospitalist at 1am, before we headed that way.

Upon arrival, S and J were brought back, and no support people were allowed back with them.  After getting triaged in, they were taken to the OR right before 3am.  S was given the chance to push a few more times, before a cesarean was performed.

Welcome to the world Juliana, born earthside on September 6th, 2017 at 422am weighing in at 7 pounds.  We never would have imagined that the beginning of early labor to the finale would be 72 hours, but she took her mama on quite the wild ride.  S was powerful and strong through her birthing time, and we have lots of fond memories from what we all call the “party birth.”