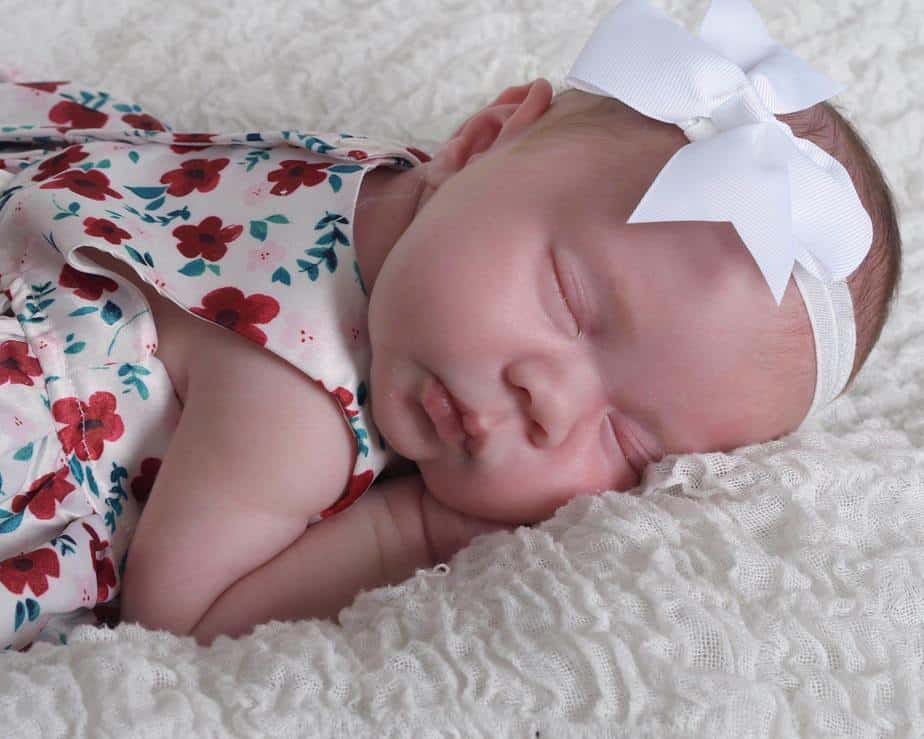 J and J started care with me in the first trimester of their third pregnancy.  They had their previous baby at home with me two years ago.  You can read about that journey here.

I referred J to a Maternal Fetal Medicine Specialist for an evaluation.  He also felt baby was large, estimating over 9 pounds at 36 weeks, and scheduled her for an external cephalic version for 37.0 weeks.  He prepared her with the risks and benefits, and told her if baby did not move, he would want to perform a cesarean that day.

on June 15th at 37.0 weeks anxious for the unknown.  After multiple delays, J was finally in the OR that evening, and baby moved without much effort.

J was ready to get things moving since baby was already expected to be on the large side, plus she was nervous baby would move back breech.  I had another client who was overdue, and I told J we could not begin actively encouraging baby out until the other client had her baby.

J came in at 37.3 weeks for her regular appointment, and to begin homeopathy to gently start the process.  I did an exam, and found J to be 1cm dilated, 70% effaced, and baby at a -4 station.  I did not see J again for three more days, after my other client had her baby.

At 37.6 weeks, J came in to begin more serious labor encouragement.  Her cervical exam was the same.  I did a membrane sweep, and we began herbs to help encourage J’s uterus contract.

We repeated things the next day.  When J was at the office, we discussed her returning the next day and planning to stay in my area so that I could encourage her twice.

At 38.1 weeks, J returned around noon.  She had made some cervical change, and was now 2cm, 70% effaced, baby at a -3 station, and had a bulgy bag of water.  She went for an adjustment with one of my favorite chiropractors, had some lunch, went for a walk, and then returned back to my office at 4pm.  Contractions were coming every 8-10 minutes, and upon exam, J was 3cm dilated, 80% effaced, and a -3 station.  We were hopeful that this might kick into active labor.

Active labor kicked in within a few hours, and quickly when it did.  J was texting me updates, but soon her doula was taking over.  It was determined around 1030pm that all the birth team should be en route.  Once again, it took me some time as I was getting my newborn together to get out the door, and that added a lot of time.

Jessica says this one is titled “lift and tucks suck.”

Apprentice R arrived at 11pm while I was working my way there.  J was working hard, and R felt she was a good 5cm.

I arrived at 1230am, and found J to be doing lift and tucks with her birth team that was already present.  She was moaning with contractions, and surrounded with so much love and support.

After the lift and tucks, I did an exam and found J to be 9cm dilated, 100% effaced, and baby at a 0 station. I encouraged J to continue changing positions to help baby move down, as it would not be long and it would be time to push.

I stepped away to nurse my baby while the rest of the team helped J in her journey and set up for delivery.  When I was done, J was done waiting and asked me to break her water.

After reviewing risks and benefits, I broke J’s water at 122am.  J was 10cm dilated, and baby at a +1 position.  I told J whenever she felt the urge and was ready, she could begin to push.  With the next contraction, she began to push.

J began to push in a squat, then moved to kneeling with a side lunge.  At 148am, she moved into side lying on the bed to push.  J did beautifully at hydrating between contractions.  She was continually surrounded by so much love and support, and her oldest child A was such a sweet doula to her mama!

As we entered the 2am hour, J pushed in hands and knees,  right side in the bed, and then semi reclining doing tug of war with her doula.  As 3am neared, I suggested J sit on the toilet for a few contractions, try to empty her bladder, and try to breathe through a few contractions.

J moved back to the bedroom at 312am, pushing in a squat.  Apprentice R and I began to talk to J about any mental blocks she might be having, but as we talked briefly, J said the baby was right there.  She could feel the difference.

The head was visible at 321am, and we called the rest of the team to come!  The head was crowning at 323am, followed by the head at 324am with a nuchal cord.  After a moment for baby to get in position, baby was born at 325am.  Her heart rate was slightly low at first, but quickly normalized.  After a few puffs from the bag and mask, baby was more actively crying and letting her presence known!

Welcome to the world Kacy!  Born earthside on June 24th, 2018 at 325am, weighing in at 9lbs 12ozs, 23.25in long.  Your mama worked so hard in her birthing time to bring your earthside at home, just as she envisioned and planned.