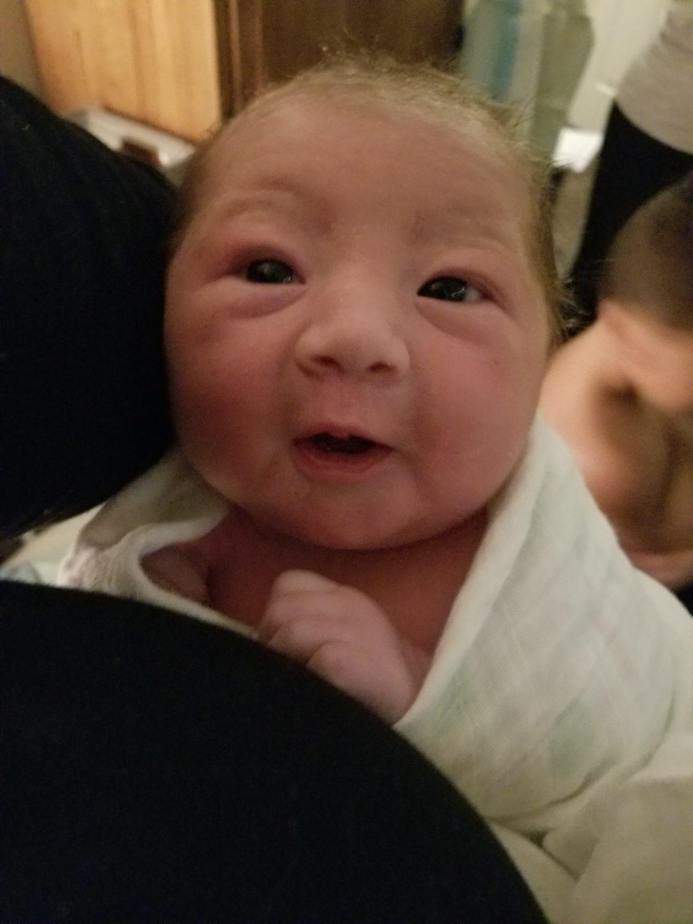 R and D began care with me in the first trimester of their fourth pregnancy.  R had her previous baby with me.  You can read about her first HBA2C journey here.

R’s pregnancy progressed along well.  We were all surprised when R met her due date, as R had never made it to her due date in any of her previous pregnancies.  R felt in a great space, and continued to stay busy and trust this little one’s journey.

On July 18th, R began to experience irregular contractions through out the day.  She did some mall walking and resting, but the contractions never regulated.  As the evening came, R agreed that rest was important, and went to bed to try and sleep.

R woke at 3am with stronger contractions.  I was up nursing my baby, and quickly received her message at 314am letting me know that contractions have been strong since 3am, coming every 3 minutes, 60 seconds long, and she was experiencing bloody show with them.  We chatted, and things quickly escalated.  My last message from R was at 335am, stating contractions were very intense.  I was anticipating a quick labor this time around, and made the decision to leave my 7 week old with my husband as I was certain things were moving very quickly.  I got my things in gear and headed out the door, expecting to arrive at 445am.

R’s sister in law had also had a baby with me, and I began to message her while I was en route.  She told me that R was feeling some pressure when I was half way there. I encouraged them to have R blow through contractions until I arrived.

My birth assistant, H, arrived at 425am.  I began to facetime in while I quickly sped to R.  H was able to help R continue to blow through her contractions, allowing me to arrive before the baby!

I walked in at 437am, finding R in hands and knees on her bed.  Although R had previously had a waterbirth, there was no way that was happening this time.  This little one was ready to meet her mama!

Things moved very quickly from there.  R was relieved I was there, and began to spontaneously push once I entered the room.  I could see the head on the perineum at 441am.  R listened well to her body, allowing her perineum to stretch.  The baby quickly crowned and the head was birthed at 444am, followed by the rest of the baby at 445am.  Her sweet baby was here.

This little one’s sex was a surprise, and R and D were surprised to find that they were welcoming another sweet little girl into their family.

R’s first HBA2C resulted in a postpartum hemorrhage.  We had made a plan to help prevent that and the rough recovery that followed her first journey.  The changes and plans we made for R’s specific care worked beautifully.  She lost a normal amount of blood, and recovery was much better this time around.