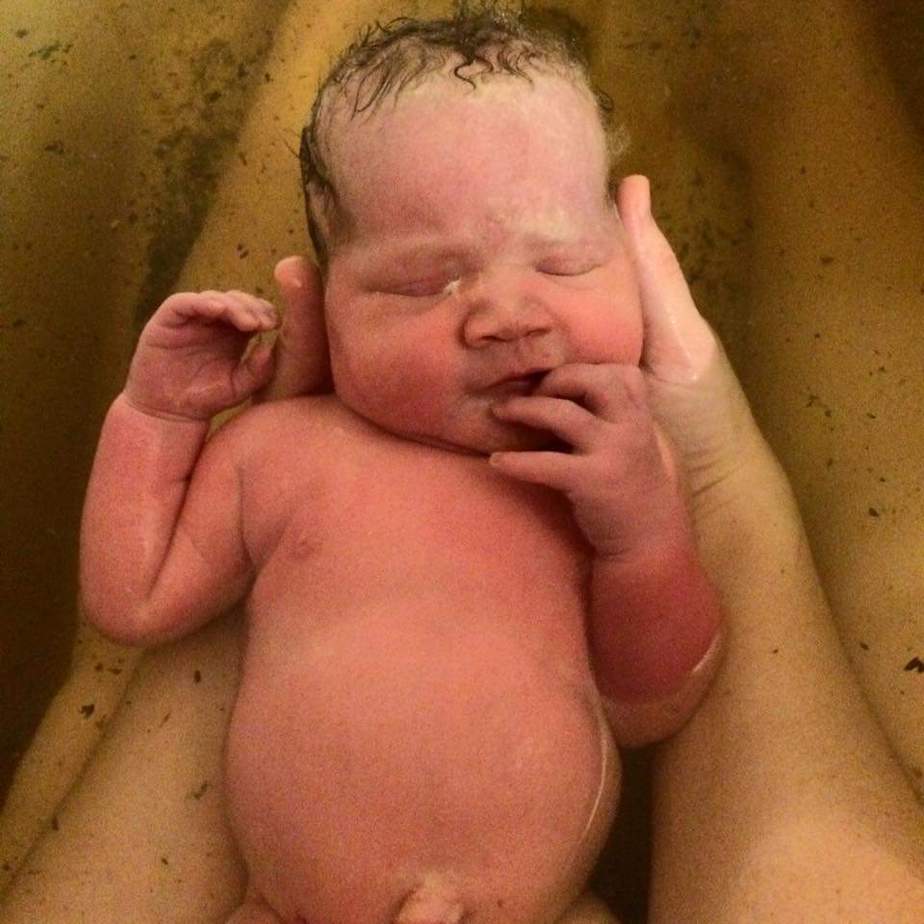 M and S began cared with me in the second trimester of S’s sixth pregnancy. S had unmedicated births in the hospital and was wanting a home birth for this birth.

S had a couple small issues come up in her ultrasound, which had her keeping some follow up appointments.  As S neared her 38th week, S expressed to me that she was feeling some anxiety and felt in her gut that Mila needed to be born before 39 weeks.  I trust a mama’s instinct, so we made a plan to start homeopathy the next day at her weekly appointment, with the follow up plan for S to come in 5 days later at 38.3 weeks for labor encouragement.

The morning of November 2, S came in to encourage labor.  She had been having some cramping and contractions that felt different.  I made S my labor tea blend and swept her membranes.  S was 3cm dilated, 70% effaced and baby was at a -1 station.  S stated this was more dilated and effaced than she had ever been during any of her inductions in the hospital.

I encouraged S to run her errands and take a good walk.  We had already discussed and mutually made the plan that we would most likely need to break her water as S was holding a lot of fluid and previously it was needed to move things along.  We talked about what to look for in contractions, and when I would come.

Contractions started at 10am, soon after S left my house. S and M ran some errands and came back home to walk.  Contractions were very frequent and regular, strengthening in intensity.  S decided I should come to check on things about 130pm that afternoon.

I found S walking around her house when I arrived.  She was very calm and poised, although you could tell the contractions had some level of discomfort to them.  Vitals were good, and I then did an exam.  S was 5-6cm dilated, 90% effaced and baby at a -1 station with a bulgy bag of water presenting in front of the head.  S stated she wanted to call the rest of the birth team over, then break her water, as she expected to go quickly from there.  I called over my assistant and two apprentices.  I wrapped S’s belly with the moby wrap since she had a pendulous abdomen, then began to prep the birth pool.

S alternated walking around the house with sitting on her birth ball, labor waves continuing to strengthen.  S was continuously full of smiles as her body rode the waves that were bringing her closer to meeting her baby.

By 315pm, the whole birth team was together.  A few minutes after 330pm, S was ready to break her water.  She was 6cm, 100% effaced and baby at a -1 station when I broke her bag.  We found her bag of water to be full of moderate meconium, something not the most common to see with someone at 38 weeks.  Baby sounded great, and handled her water bag being taken from her like a champ.  I encouraged S to move around the room for a few waves before getting in the pool.

A couple waves passed and S said things felt way more intense.  I encouraged her to do a couple waves on the toilet, then move to the birthing pool.

At 4pm, S entered the pool, alternating between laboring on her knees and sitting.  We could tell things were getting active quickly.  S asked to be checked at 417pm since she was feeling pushy.  She was 8cm dilated, 100% effaced and baby was at a 0 station.  I encouraged S to listen to her body for the unbearable urge she couldn’t hold back anymore.

S began to spontaneously bear down with contractions at 427pm, moving into a hands and knees position.  We could see the head visible at 432pm, followed by the head crowning at 433pm.  S birthed the baby’s head gently a minute later where I found a nuchal cord that I unlooped, before S pushed out the rest of her sweet baby at 435pm.  I brought baby girl to S’s chest, where she looked around before letting out a little cry after I began to suction her.

Welcome to the world Mila, born earthside on November 2, 2016 at 435pm, weighing in at 9lbs 2ozs, 20.75″ long.  I was honored to help this amazing woman who I have known for a couple years have the birth she desired.  <3 #sacredjourneymidwifery