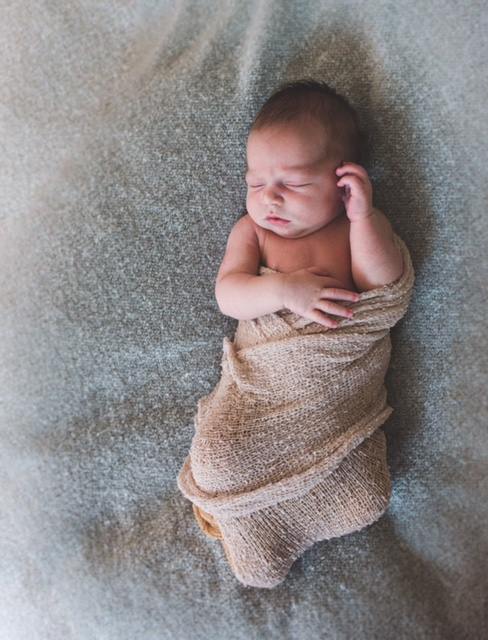 A and N started care with me in the second trimester of their third pregnancy.  A had her last baby at a birth center, and was looking forward to having this baby at home.

A’s pregnancy progressed along perfectly.  Her first baby was an induction turned cesarean, and her second baby was a spontaneous labor and VBAC delivery at 40.3 weeks.  A felt that she probably would deliver around the same time as her VBAC baby.

We were all surprised when 41 weeks came around!  A decided she was ready to give baby a nudge to see if that would encourage labor to begin.  A decided to try the herbal tea blend, and then we did a sweep.  A was 3-4cm dilated, 70% effaced, and baby was at a -1 station.  Her cervix was very soft, and I could feel her bag of water bulging.  We reviewed when to update me, and A left for home.

Contractions started fairly soon, and were frequent and short.  I checked in with A at 115pm, since it had been two hours since she had left.  Her lower back was achey and this was definitely different.  She was going to try and take a nap and then update me.

A sent a text a few minutes after 4pm to let me know she couldn’t really rest because of the contractions.  She was helping send off her other kiddos, when she sent the text at 408pm that her water just broke.

Things picked up very quickly from there.  A was having bloody show, and contractions were coming every 2 minutes, lasting 45 seconds.  A was laboring in her bath tub, while N started to blow up the birth pool.

I arrived at 444pm, and found A laboring on her hands and knees in her bath tub.  I immediately could tell we were close to having a baby.  There was bloody show in the pool, and the next contraction A sounded grunty.

A was 10cm dilated, baby at a +3 station.  A began to gently push and bring her baby down.  My birth assistant walked in the door right as the head was visible on the perineum at 504pm.  A did a great job of relaxing in between waves.  Baby was crowning at 507pm, and head was born at 508pm with a very tight cord around the neck.

N helped deliver the head, and was ready to finish the delivery, but this little guy got a little stuck.  I helped prop A’s leg up into runner’s, and was able to help get baby’s shoulder out.  I somersaulted him out of his nuchal cord and brought him to his mama’s waiting arms at 510pm.  This little guy was a little stunned, so we gave him a few puffs with bag and mask, and then he was great!

It was an honor to support this awesome couple through their second VBAC journey!  What a wild ride this little one’s journey was, with an active labor of a whopping 36 minutes, 26 minutes of pushing!  This is one amazing woman!