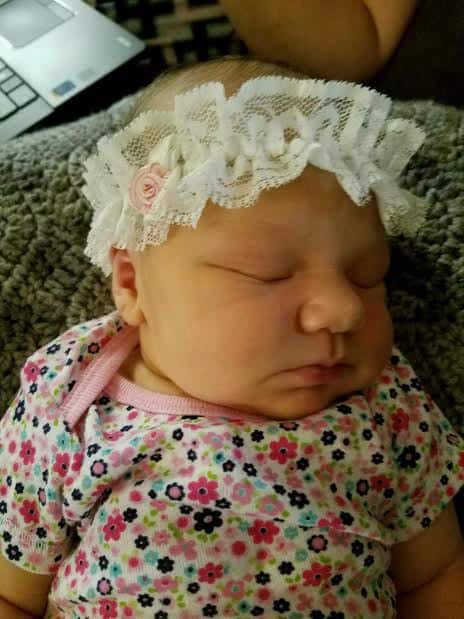 M and I started care with me at the end of their second trimester of their first pregnancy.  M was wanting to have a home water birth and her doula recommended she come meet with me.  It was a great fit and M soon transferred care.

M’s pregnancy progressed well, and as her due window neared, she became very excited for her labor journey to begin.

The day before her due date, M sent me a text in the middle of the afternoon to let me know she lost her mucus plug.  A few hours later, waves of back pain began.  We talked about ways to stay comfortable, and I encouraged M to try and get rest.  I was sure her labor journey was about to begin.

M said she felt her first labor contraction at 12:07am.  Around 2am, M called me to let me know she was having contractions about every 5 minutes, but lasting less than a minute long.  We talked through a couple of contractions and recommended M call her doula if she felt that were hard to cope through and encouraged hydrating and rest.

I arrived around 730am to do vitals and a cervical exam.  M’s blood pressure was up a little so I mixed up some magnesium powder and had her drink that to help lower her blood pressure.  I found her to be contracting regularly, and needing some pressure on her back with waves.  I did the cervical exam and found M’s cervix to be 1cm dilated, 80% effaced and baby at a -2 station.  Baby’s position was ROP (right occiput posterior).

Knowing that the position was less than ideal, I recommended several positions and encouraged M to try any positions her doula recommended.  I was heading out to do a prenatal home visit, but kept my phone close in case I needed to come right back.

I arrived back at 1130am.  M had been able to get in a nap and had done some lunges and miles curcuit with her doula.  I found her blood pressure to still be mildly elevated so I mixed up more magnesium powder and had her drink to help her blood pressure.  I also felt on her stomach and found baby to still be in the ROP position.

Contractions were coming every 2.5-3 minutes apart, lasting 80-90 seconds long.  M gently moaned through the waves as she leaned over her kitchen counter, her doula providing counter pressure.  She alternated standing with sitting on her ball.  I gave M a few doses of a homeopathic that helps rotate posterior babies, back pain and lowers blood pressure.

We did a cervical exam a little after 1pm.  I found her cervix to be 2cm, 80% effaced and baby at a -2 station.  I felt cervical scar tissue during the exam and recommended doing cervical massage during a contraction to help break it up.  M decided against the massage.  She felt discouraged and weepy over how things were going.  I asked if she would like to try the pool and see if she could relax in the water, and she agreed.  We started the process of filling the birth pool with water.

M labored leaning on her kitchen counter for several labor waves as she ate a sandwich and hydrated.  I started giving her a few doses of an herb that helps with rigid cervices.  Contractions were coming every 3-4 minutes, lasting 55-60 seconds.  At 225pm, the birth pool was ready and M got in and sat.  The water was very relaxing and M felt like she could cope better in the pool.

An hour passed and M got out of the pool to sit on the toilet.

She labored on the toilet for a few contractions before walking into the kitchen.  I recommended M do the abdominal lift and tuck for ten contractions.  Her doula assisted her with the lift and tuck using the rebozo.  M was a trooper through all the recommendations the birth team gave her.  She got through the ten contractions.  We did a full set of vitals and M emptied her bladder again before getting back into the birth pool.

I began giving M a few doses of another homeopathic to help with malpresentation and rigid cervix.  Contractions were coming every 2-3 minutes, lasting 60 seconds long. M labored in the birth pool on her hands and knees for a few contractions as her doula recommended.  The pool helped to make things much more manageable for M.

M got out of the pool to empty her bladder at 5pm.  I gave her a few doses of another homeopathic that helps strengthen contractions and loosen a rigid cervix.

M was feeling tired.  We helped her get into the bed and pillow her to make her comfortable and to give baby room to rotate.  Contractions slowed while M rested to every 5-6 minutes, lasting 70-80 seconds.

M moved to the toilet at 6pm and started to feel weepy.  She was working so hard and it was starting to feel like too much.  We all encouraged her on what an amazing job she was doing.  I asked if she was open to me doing an exam and working on the scar tissue while she was in the pool.  M agreed.

M got back into the pool in a semi reclining position.

M was 3cm dilated, 100% effaced and baby at a -1 station, I worked on her scar tissue during a labor wave and her cervix opened to 4cm.

M labored in different positions in the pool.  She wanted chick fil a and we all took turns feeding her nuggets and fries while she labored and rested in the birth pool. Contractions were now coming every 4 minutes, lasting 90 seconds and were double peaking.  Her doula gave pressure on her back for comfort.

M got out of the tub a little after 8pm to use the toilet.  I did her vitals and found her blood pressure, which had stayed normal most of the day, had shot up.  I told M we were going to do a homeopathic every 5 minutes, magnesium oil and lay on her left side and see what her blood pressure was in 30 minutes.  We helped position M in the bed.  M’s blood pressure dropped back to normal after 30 minutes of that regimen.  Contractions seemed to be picking up in that position, coming every 2-2.5 minutes, lasting 90 seconds.  We encouraged her to stay in that position as long as she could handle it.

Over the next couple of hours, M alternated laying on her sides and laboring in the bathroom.  Her vitals looked better in the bed so we encouraged her to alternate on her sides.  As 11pm neared, I told M it had been 4 hours since and exam and we needed to do one to see what was going on.  M agreed to the plan.  At 1120pm I did an exam and found there to be no change, and now M was having cervical swelling, the cervix now back at 80% effaced.

After the exam, I talked with M and I and said at this point I would recommend transport.  The baby was not rotating, M’s vitals were hard to keep in balance and we needed the help of a hospital to see if contractions can get strong enough to help baby to rotate and come out vaginally.

M and I decided they would like to transport.  I called and spoke to the hospitalist and the doctor agreed to allowing M to have an epidural and see what happens.

We arrived at the hospital at 1230am.  M got settled into her room and the epidural was placed a little after 2am.  She was found to have made no cervical change, and her cervix was more swollen, now effaced to 65%.

After the epidural was placed, M was able to get a much needed nap.  She had been in labor for 26 hours at this point and needed some energy.

The hospitalist came into the room at 5am to do an exam. There was no change.  He discussed with M his desire to take her back for a cesarean.  We encouraged M to take time in making a decision that works for her.  M’s baby was starting to have some variable decelerations on the monitor and doing pitocin wasn’t a favorable option.  She decided that she wanted to try everything and asked the doctor to break her water.  He was very unhappy about the decision and informed her that he would only break her water if was doing internal monitoring of the baby.  M agreed to the plan.

After her stepped out of the room, M’s doula and I got close to her and told her that her time was ticking.  He wanted to have her in OR and we needed to get more to work at trying to get this baby to rotate as the baby was still in a posterior position.  Her epidural did not take away full movement of her legs, so we assisted her in getting into open knee chest on the hospital bed.  M was able to rest while in the position.

After she was tired of being in that position, we alternated M on her left side and right side, sometimes placing her foot in the stirrup to give baby room to rotate.  The baby was starting to not like certain positions, so they gave M some oxygen and when the baby would have some decels we would rotate her sides again.

The new hospitalist came in at 1030am to do an exam.  There was no change.  She was kind as she explained things to M and recommended a cesarean for prolonged failure to progress and posterior presentation.  M was nervous but agreed to the surgery.

Welcome to the world Raven, born earthside on July 29, 2016 at 157 pm, weighing in at 8lbs 5ozs, 21″ long.  This woman worked so very hard to bring her sweet baby into the world after 38 hours of labor.   Although not the birth as planned, Raven made her own way into this world and I was so very proud of M for her strength and endurance in her journey.  Such a privilege to support this sweet family.