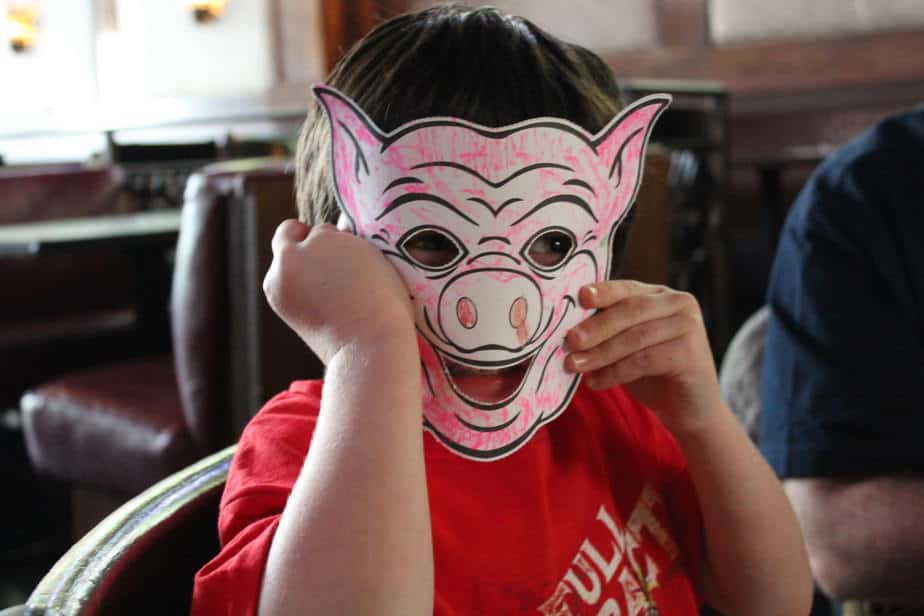 R and B started care with me at 8 weeks along in their third pregnancy.  R had a very traumatic cesarean delivery for her second birth, and had spent the last few years researching, praying and planning for the birth she would have with her third baby. R went into spontaneous labor at 41 weeks along in her pregnancy.  At 40.6, pressure waves started, but were far apart and mild in intensity.  At 2am the next morning, B text me that pressure waves were intense, coming every 2-3 minutes, a minute long and it was time for me to come. I arrived a little after 3am.  Found this on the door…

I quietly unloaded the birth supplies from my van into the dark living room, and sat down in the chair.  Things were quiet, and it appeared R was resting.  She continued to rest, and then at 4am, sat up and said she wanted to go out for a walk. Close to 5am, R returned and sat on the birth ball.  Contractions were coming about every 4 minutes.  R was definitely in her own labor land.  I quietly put my hand on her shoulder and whispered that I needed to do vitals on her and baby soon.  She agreed. At 5:30am, I did the first set of vitals and a cervical check.  My heart sunk for R when I felt her cervix.  She was 1cm dilated, 50% effaced, -2 station, and there was a lot of scar tissue on her cervix.  I talked with R about what I was feeling, and she agreed to allowing me to massage on the scar tissue.  I worked and massaged on the scar tissue and her cervix opened to 3cm. R decided she wanted to try and sleep for a bit if she could before getting to work on labor.  R laid on the couch and took a much needed nap. R slept for two hours.  Feeling more rested, she decided to start moving around the house, walking the stairs.  I discussed using homeopathy with her, so we began alternating caullophyllum and cimicifuga treatments to help make the contractions more regular and stronger. R went out with B and took a nice walk, and decided she wanted another exam as the 10am hour neared.  She was now 4/70/-1.  I again massaged on the scar tissue. R sat on the birth ball, rocking back and forth, listening to her hypnobabies tracts.  Pressure waves were coming every 4 minutes, lasting 60 seconds.

In the 11am hour, pressure waves seemed to be coming stronger.  R got in a modified hands and knees position on her couch, before moving back to her birthing ball. Close to 1pm, R requested another cervical exam.  She was 4/90/-1.  She had been working so hard and was discouraged that things weren’t progressing as she had hoped.  B prayed over her, and R got in the shower for comfort.  I gave her pulsatilla to help with her discouragement. After the shower, R squatted for a few contractions, pressure waves were coming every 2-3 minutes, lasting 45 seconds. R put on her hypnobabies tracts and went on a thirty minute walk with B.  She came back and moved to her birth ball, before laying on her left side on the couch, trying to get some rest between pressure waves. As 4pm came, R was on her knees, resting, and stated the pressure waves seemed to be much stronger.  The position was working for her, so she continued to rest in that position. 5pm R requested an exam.  4/100/0.  Massaged on scar tissue again, and then warmed the birth pool so R could labor in the pool for a bit.  The pool helped some with relaxing.  R and B labored together in the dim lit bedroom in the birth pool. R asked to be checked at 6:30pm.  No change.  She was feeling discouraged.  We discussed different options, including rupturing membranes.  R wanted to do something to help things progress, but wanted to be sure she was making the right decisions.  At 7:17pm I broke R’s water. She got back into the birth pool, pressure waves were stronger, coming every 2-3 minutes, 60 seconds long. At 9pm, R asked to be checked.  I found no change, and the cervix was swelling and baby was developing some caput on her head.  R was discouraged, exhausted.  We talked, and all agreed it was time to move our birthing journey to the hospital.  R still wanted to continue her trial of labor and after encouragement from B and I, decided she wanted to transport to BT hospital. R was in triage for a couple hours, which is pretty standard for this hospital.  They examined her at 4/80/0 before moving her into a labor and delivery room.  It was now after midnight.  R was wanting an epidural at this point, but there was still much the hospital staff needed to do to make that happen.  The nurse offered R a shot of IV pain medication to take the edge off, and R agreed.  The nurse put fentanyl in her IV at approximately 12:20am.  The pressure waves became easier for R to manage initially. The resident that was taking charge of R came in and started talking to me about R’s labor history.  As we were talking, R exclaimed, “Why am I feeling so much pressure?”  It caught all of our attention.  The nurse walked over and lifted the sheet and we found a sweet baby head crowning on the perineum. A flurry of activity happened as no one was prepared for a delivery.  12:47am, approximately 20-30 minutes after the dose of IV pain meds, sweet Sariah made quite the entrance earthside!