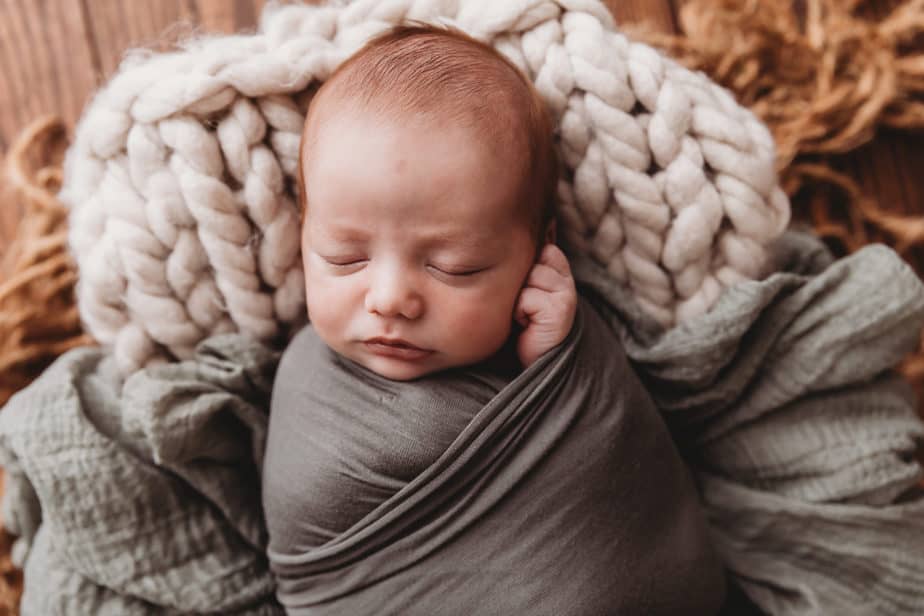 A and R started care with me in the first trimester of their fourth pregnancy.  This was the third journey for me to be on with them.  You can read about their previous journey’s here and here.

A’s pregnancy progressed along with a few minor bumps.  At the beginning of the third pregnancy, A blacked out while driving and got into a car accident.  After multiple tests and a few repeat episodes of blacking out, the only thing we could determine was that A’s anemia was causing the issues for as soon as we had her on an appropriate amount of iron supplementation, she never had an issue again postpartum with feeling that way.

On August 1st at her 38.5 week appointment, S asked to be checked.  I found her to be 1cm dilated, 50% effaced, and baby at a -4 station.  A’s last baby came much earlier than her previous two baby’s, so she was more alert with contractions, and she had been experiencing so many already.

Two days later, A sent a text because of a pattern of stronger, regular contractions.  I had already had someone come by for a membrane sweep, so we decided it would be wise for A to come by for an exam and help give her peace of mind on what was happening.  A had made a good amount of cervical change in 2 days, now being 3cm dilated, 80% effaced, and baby at a -3 station.

We were all surprised that A did not call in labor for another six days!  On the morning of 39.6 weeks, A sent a text close to 830am letting me know she was fairly certain she was in labor as contractions had begun at 7am and were stronger and closer already.  It was a bit of mad dash scrambling as we had a full day of clinic with the first client expected to arrive soon.  It was decided that we would head her way around 1030am, as her contractions were stronger and more frequent.

We arrived around 1130am, finding A laboring near her bed side, standing and swaying.  All vitals were great, and A requested an exam.  She was 8cm dilated, 100% effaced, and baby at a +1 station.  Baby was in a ROT position.  A always labors so calm and stoic, so I was not surprised at all that she was close to meeting her baby despite by all external appearances looking different. 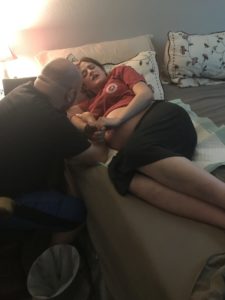 A continued to labor around her room for the next hour, chatting between contractions and working hard during.  A asked to be checked at 1250pm, and I found her now 9cm.

A stayed in the bed, laboring on her side.  I think A has always delivered her baby’s in the bed.  It always seems to be the thing that works for her.

A was feeling some pressure, and was starting to quietly moan with the contractions.  R was at her side, holding her hand and supporting her as she worked.

With heightened pressure, A moved to semi reclining at 1249pm.  After a couple of contractions, she asked me to help give her pressure with pushing, as that has been such a help to her in the past.

A’s water broke at 105pm.  I have to say, she wins the award for the most soaked I have gotten from water breaking ever!  It was like a powerful water balloon burst on my right shoulder, soaking my hair and shirt, and deflecting on to apprentice A.  It gave me the giggles! 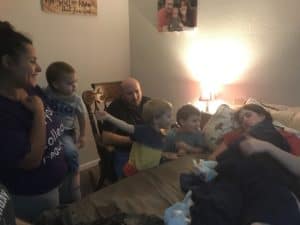 A was working very hard, pushing powerfully with each contraction.  We could see her pubic bone shifting and working as she pushed.  It seemed like this baby was causing A to really work, so apprentice A tried tug of war for a couple of contractions to see if it helped get baby’s head under the pubic bone.

A moved to hands and knees at 120pm, pushing powerfully with each contraction.  Hands and knees seemed to be very effective, and after a couple of contractions, the head was on the perineum. 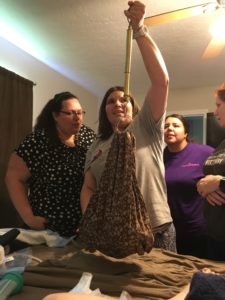 A moved to left side lying at 129pm as the head began to crown.  The head was birthed in a sunny side up position at 130pm with the cord wrapped twice, followed by the rest of the body a few seconds later.  This sweet baby decided to come out posterior!

Welcome to the world, Walker.  Born earthside on August 9th, 2019 at 130pm, weighing in at 8lbs 12ozs, 21 inches long.  His mama was amazing, and I am honored to have helped this sweet couple for a third time!