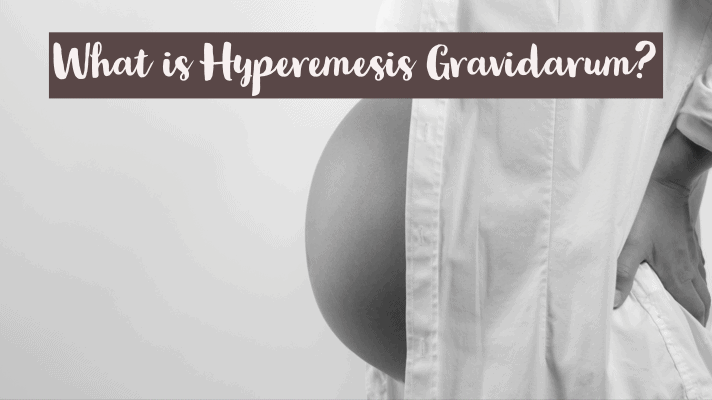 What is Hyperemesis Gravidarum

What is Hyperemesis Gravidarum…

I never have easy pregnancies. They are hard and complicated every freaking step of the way.

I found out I was pregnant at four weeks because I kept throwing up my vitamins a couple days in a row. Who even does that?  I thought it was because of a recent surgery I had made me sensitive to the vitamins, but took a test just to rule it out.  Boy was I surprised! 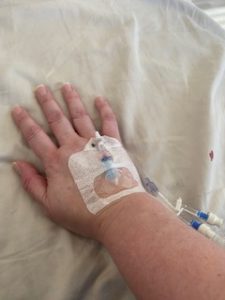 One of many, many IVs.

That moment spiraled rapidly into days that started with occasional vomiting and all hours of the day queasiness, turned into relentless, life altering nausea and violent vomiting and dry heaving sessions.  I thought it was simply a more amped up form of pregnancy nausea and vomiting, and tried fighting through not taking medication so that there was no harm to the baby’s development, but then severe dehydration kicked in around 8 weeks and spiraled things to another level.

I have pushed myself through work days fighting vomiting and acting like I am completely perfect. Not wanting to let clients down, or my new amazing midwife partner, while dreading the thought of being called in the middle of the night to a delivery, knowing it’s going to spiral me into hard to control vomiting while having to be on my A game. 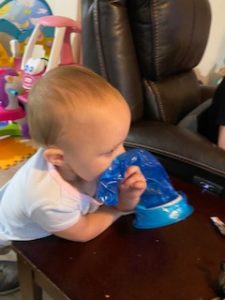 It’s sleeping with vomit bags, and having vomit bags all over the house because who the heck knows what will trigger an episode of dry heaving and vomiting.

It’s my toddler equating mommy to the blue vomit bags, and imitating vomiting noises into the bag when she brings it to me.

It’s severe dehydration, so severe I can’t get out of bed. It’s IV attempt after IV attempt, and praying for success and not another set of blown veins, because you don’t know what’s going to happen if it doesn’t work. 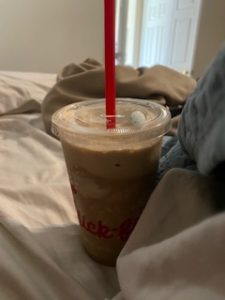 The beloved frosted coffee from CFA.

It’s growing a baby on sourdough bread, cheese, and frosted coffee. It’s not being able to eat many things more than once, and rejoicing when you get something of nutritional value down at least one meal.

It’s worrying how you are going to grow a healthy baby when you are growing it on crap.

It’s not being able to take a single vitamin. It’s fighting every day to take the two pills you need to take and praying they don’t come back up.

It’s the feelings of failure and guilt… for how this effects my family, my business, and being less than my best, which is something I can’t cope with the thought of on a good day as it is. 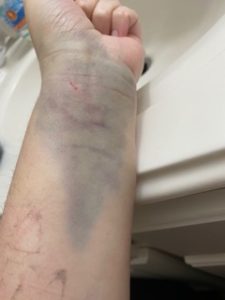 Some of many, many blown veins.

It is multiple medications that you thought you would never take, and then the emotions that follow when they do not work.  It is thousands of dollars every two weeks to cover the medication and equipment that does help.

It is appointments, so many appointments.  It is seeing your midwife, and feeling guilty for being such a burden patient.  Seeing a Maternal Fetal Medicine Specialist to help manage your HG and monitor growth.

It’s worrying about facing a hospital birth and a longer NICU stay.  It is not knowing if malnutrition and dehydration is going to cause prematurity issues worse than my history already causes me to deal with in my pregnancies. 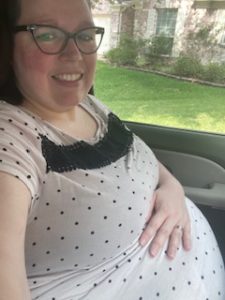 If you do not battle with nausea and vomiting of pregnancy, consider yourself highly blessed.  My last pregnancy with relentless nausea and occasional vomiting was exhausting, but jumping from that into HG territory this pregnancy has been emotional and completely wearing in every capacity.

What is Hyperemesis Gravidarum?  The exact definition is persistent severe vomiting leading to weight loss and dehydration, as a condition occurring during pregnancy.  It effects approximately 2% of pregnancies, and is linked to a cascade of issues and complications if management can’t be obtained. 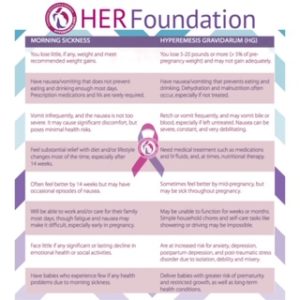 The HER Foundation has been a wealth of information in figuring out what is wrong, what to monitor, and steps to try.  I highly recommend this site for anyone wanting to educate themselves further on HG, and how to support someone on the roller coaster ride of dealing with HG.

Today is the limited time release of the film called “Sick:  The Battle Against HG.”  You can watch it for a limited time here. 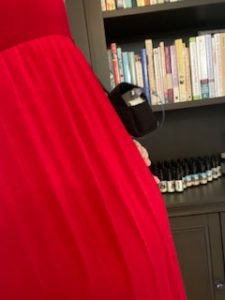 Rocking the zofran pump at the halfway point!

On National Hyperemesis Gravidarum day, I hope this sheds some light on what the reality of dealing with HG is like.  I hope next May 15th, this is a faded, terrible nightmare, and I can look on this in a different light.