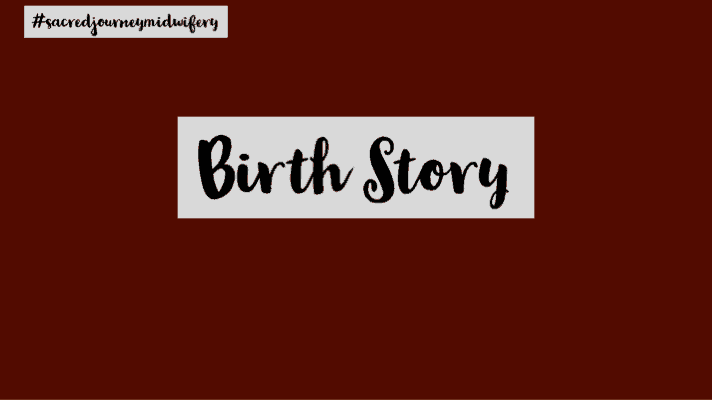 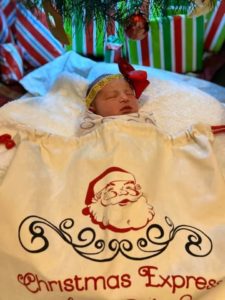 S and C started care with me in the first trimester of their third pregnancy.  They had their previous babies at home with me, and were looking forward to another home birth journey.  You can read about their previous journey’s here and here.

S’s pregnancy progressed along without issue.  Two days before her estimated due date, S sent me a text letting me know that she was feeling similar to how she had felt with her last labor journey.  This is significant because S felt constipated, and I almost missed the birth as she had mistaken constipation for labor!  After an hour or so, S asked if I would come by to check her for peace of mind.  S lives close, so it was no issue to run down and check in.

I did the initial labor assessment at 820pm on December 22nd, 2019, and found S to be 6cm dilated, 100% effaced, and baby high at a -3 station and sunny side up.  Contractions were hard for S to determine if she was having.  We chatted, and S determined she was fine with me going home until she felt more contraction activity.

I was home 30 minutes, and S sent a text saying she was feeling trembling and it would make her feel better if I came.  I packed up, and headed her way.

I arrived close to 930pm, and found S laboring on the birth ball, chatty and happy with her journey.  Midwife A arrived soon after, and suggested doing lift and tucks with the rebozo.  Lift and tucks were started at 10pm.  S felt that contractions were feeling a bit stronger after the lift and tucks.

We decided to do a cervical exam at this point.  Despite things seeming mild and hard for S to determine what she was having, S was now 8cm dilated, 100% effaced, and baby at a 0 station.  Contractions were averaging every 3 minutes, lasting 30 seconds.

S decided she wanted to sit in her bath tub for awhile to relax.  She sat in the bath for 30 minutes before getting out.  She felt like the contractions became weak and distant, and did not want things to become stalled.

S got out of the bath and sat down on the ball to eat a snack.  After eating, contractions strengthened, and S decided to get in the bath again.  As 2am neared, she began to feel a lot of pressure and as if she could feel baby moving down more with contractions. She got out of the tub, and was kneeling by the bathtub.  We talked about reasons why she was at the end and baby not coming, reviewing emotional hold ups and possible need for rest.  S decided she would go rest in her bed for an hour or two, and see how she felt.

Close to 5am, S got up from bed and moved into the bath.  Her contractions were present, but mild.  After waking up and laboring in the tub a bit, S discussed with us about breaking her water so she could be done.  After reviewing all sides, S decided she would get out of bath and have me break her water,

At 535am, I broke her water, and a large amount of clear fluid became free and allowed baby to sit more directly on the cervix.  Contractions immediately became transition like, coming every 2-3 minutes, lasting 60 seconds, and strong.

S moved into her shower for relief at 555am.  A couple contractions passed, and she exclaimed to us that she was feeling so much pressure.  She began to push spontaneously at 605am.  The head was born three minutes later, followed by the rest of the baby at 609am.  After an all over the place labor pattern, this sweet girl was finally here 34 minutes after breaking away the amniotic sac!

It was a privilege to have supported this couple for a third journey.