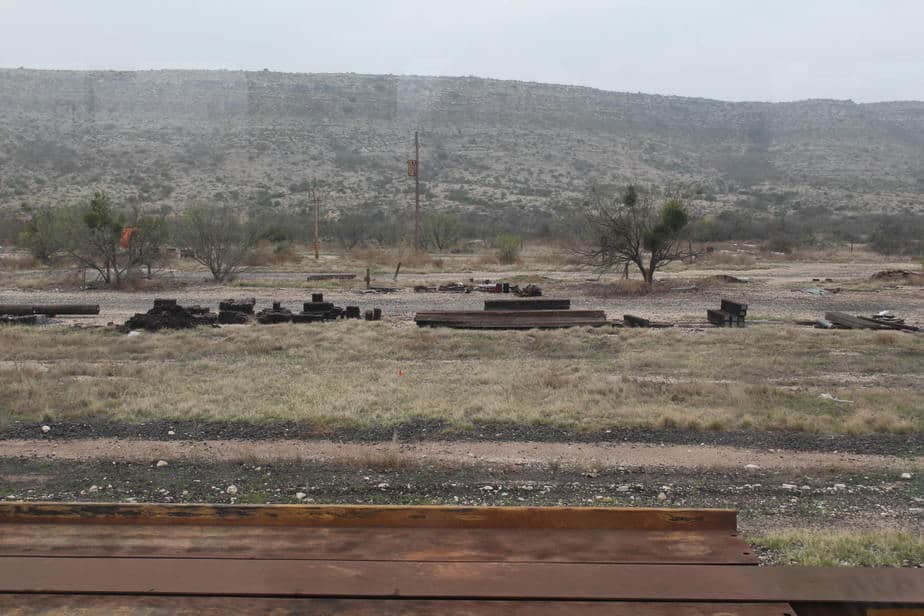 Summer of 2015 we sat down and decided that our family vacation of 2016 would be a trip to California, that would include a train trip on the Sunset Limited from Houston to Los Angeles.  A train trip in a sleeper car was something my husband has always wanted to do, and this trip seemed to be the trip to do it.

We are on the train!! We had a friend be willing to drop us off at the train station the evening of March 16th.  We did not know what to expect, and was surprised to find there was no wait in the train terminal.  We got our bags checked and walked right on board the train, where our train attendant showed us to our family roomette.  He made a comment to the boys that we had the largest room on the train.  The boys excitedly tried out the seats.  The room size was equivalent to a walk in closet.

The boys in front of our train. The train had a delay waiting for supplies for meals so we had a delay in waiting for our dinner that evening.  Finally about 7pm, it was time to go to the dining car and eat dinner.  The train was suppose to leave the depot at 7pm, but ended up delayed and did not leave until a little after 9pm…. when the real fun began! Having done many cruises, we guessed that a train ride would feel similar with the rocking and movement.  Nothing prepared us for the adventure of trying to sleep on a moving train.  The boys fell asleep as normal and seemed to sleep well during the night.  For the husband and I, that is a completely different story!  The train was so jerky and fast that sleep was next to impossible.  Just as you would drift off to sleep, the train would jerk you right awake.  I was paranoid Gideon or Christopher were going to be jerked right from the top bunks!  I think we each averaged 6 hours of sleep total between the two nights on the train.

An image of our tiny closet… The following morning we went to breakfast at 6:30am when the dining car opened up.  It was fun watching the sun rise on the train. The train makes several stops on the journey, some small and some big.  The bigger stops they allow you to get off the train to walk around and stretch your legs.  The boys thought that was an exciting part of the trip.  We enjoyed getting out and walking around in Alpine and El Paso.  The boys were already in bed when we hit Tucson for that stop, but Christopher enjoyed getting out and roaming around while there.

Snagging a picture in El Paso! One thing that was quite enjoyable on the train was the scenery.  It was gorgeous to watch the scenery change as the train went through different parts of the country.  We would sit in our room and watch the scenery or go to the observation car if there was a free seat and enjoy the beauty around us.

A few of the scenery photos we captured on the train. Other than watching scenery, there isn’t much to do on the train.  The space is cramped and there are no activities.  The boys got bored so after playing dozens of card games, we would let them break and watch a movie on one of the phones to help pass the time. The train was suppose to arrive at 5:50am, but was running early and had a planned arrival for 4:20am.  The policy was for everyone to depart the train upon arrival no matter the time.  So we had to be up at 4am and get the boys together and off the train once it arrived.  We arrived so early the luggage area and the waiting area were not open, and we ended up having to wait two hours for our rental car location to open since we arrived so early. We definitely refer to our train ride as a great adventure, and it definitely was an adventure!  We are thankful for the opportunity to experience a train trip across the country, but think we will probably not choose to experience that kind of adventure again… unless in Europe and then we might try it once more!