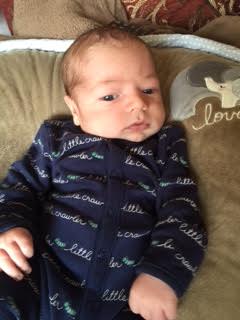 R and J transferred care to me in the third trimester of their first pregnancy.  R was really wanting an unmedicated delivery, and after an unpleasant appointment with her OBGYN, decided it was time to transfer to a midwife.  When I received her records, her previous provider said one of her risk factors was that she had “unrealistic expectations” about her birth.

A little after midnight one day before her estimated due date, R called me to let me know contractions woke her at 930pm.  Her contractions had been 3 minutes apart, lasting 60 seconds for an hour now.  R had not called her doula yet.  I suggested she call her doula, and then try a bath or shower and let me know how she felt after that so I could gauge if I should come or not.

R’s doula sent me a text about 45 minutes later saying she had been there for seven minutes, and R had three hard contractions.  I told them I was on my way.

I walked in at 130am, and found R laboring on her hands and knees on the living room floor.  A couple minutes passed, and her water broke spontaneously with the next contraction.  Baby sounded great.  R decided she would like me to check her on the bed, so she moved that direction.

R went to labor on the toilet for a few contractions.  Contractions were coming every 2-2.5 minutes, lasting 60 seconds.  J and their doula were alternating providing counter pressure on her back, and applying cold rags to her face.

R came back to laboring on her hands and knees in the living room at 2am.  R had been struggling with nausea and vomiting, and I suggested a homeopathic to help.  R agreed to try it, and after a couple doses, she was feeling better.

R moved to sitting on her birth ball, stating to the birth team that she was feeling a lot of pressure.  After a couple contractions, R asked me how would she know it was time to push.  I told her to wait until the urge was unbearable.

R moved back into hands and knees at 242am, her body now beginning to spontaneously bear down at the peaks of the contractions.  Three minutes later, I found R to have a thin anterior lip and baby at a +2 station.  After two contractions, I was able to reduce the lip.  R said there was much more pressure now that the lip was gone.

The baby had a decel from being squeezed, so C, my birth assistant, gave her a homeopathic to help increase oxygenation.  It worked like a charm, and little guy handled the pushing journey like a champ!

As 3am neared, R was feeling done.  We moved her birth ball under her to lean onto so she could take the pressure off her wrists.  The head was right on the perineum.  I began to use warm compresses on her perineum, which R said was providing some relief.

We moved positions at 315am.  R was sore from being in hands and knees.  I suggested she try semi reclining, leaning back into J for support. This position did the trick.  The very next contraction the head was visible on the perineum.  We continued to use olive oil and warm compresses for comfort and to help with stretching.

The head was crowning at 323am, followed by the baby a minute later.  He decided to come out with a hand by his face, which we helped him move out with the head.  He was here!

Welcome to the world Robert, born earthside on February 2, 2017 at 324am, weighing in at 8lbs 4ozs, 20.5 inches long.  I am so thankful I got to be part of this beautiful journey with R and J.  She was serene and calm through her very intense, quick (for a first time mom) 6 hour labor!