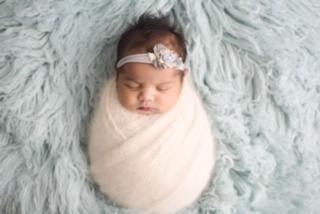 S and R started care with me in the second trimester of their third pregnancy.  S had previously experienced two cesareans in her birthing history, and was excitedly planning a VBAC for this baby.

S’s pregnancy progressed along normally.  Four days before her estimated due date, S’s water broke at 830pm.  Since everything was reported back to sound normal, I encouraged S to get rest, and to keep me posted if anything changed or if active labor began.

S reported that regular contractions started around 3am.  A couple hours later, she had her doula come for support.  I checked in at 9am when I had not heard from S in awhile, and although contractions were more regular and frequent, S did not feel like labor was active.  We made the plan for her to come see me at noon for an exam and some herbs to see if we could get things more active.

R called me at 1137am, stating S had gotten out of the shower and contractions might be a bit stronger now so they wanted to wait and not come.  While he is talking, I can hear S in the back ground with a very deep, primal moan with contractions.  I asked how long she had sounded like that, and did not wait for a reply.  I said I was loading up, and heading that way!

I arrived at 1215pm, and found S laboring peacefully at her bedside.  She was moaning with contractions, while her doula provided physical support.

The birth team worked at starting the birth pool, while S labored.  It was not long, and the urge to push became strong.  S began to spontaneously push at 1235pm.

S moved to kneeling on her bedroom floor, pushing with contractions.  She did so beautifully listening to her body.  It was confirmed at 1249pm when she wanted an exam that she was completely dilated, and baby was at a +3 station.

S opted to move to the bed in semi reclining at 103pm, to help with energy as she was feeling tired.  It worked well, and she was able to more effectively rest in between the birthing waves.

The baby was soon visible on the perineum, with S’s support team cheering her on to how well she was doing.  The baby was crowning followed quickly with the birth of the head at 112pm, and the rest of the baby followed a minute later into R’s waiting hands.  Together, R and I brought sweet Carmen to S’s waiting chest.  She was here!