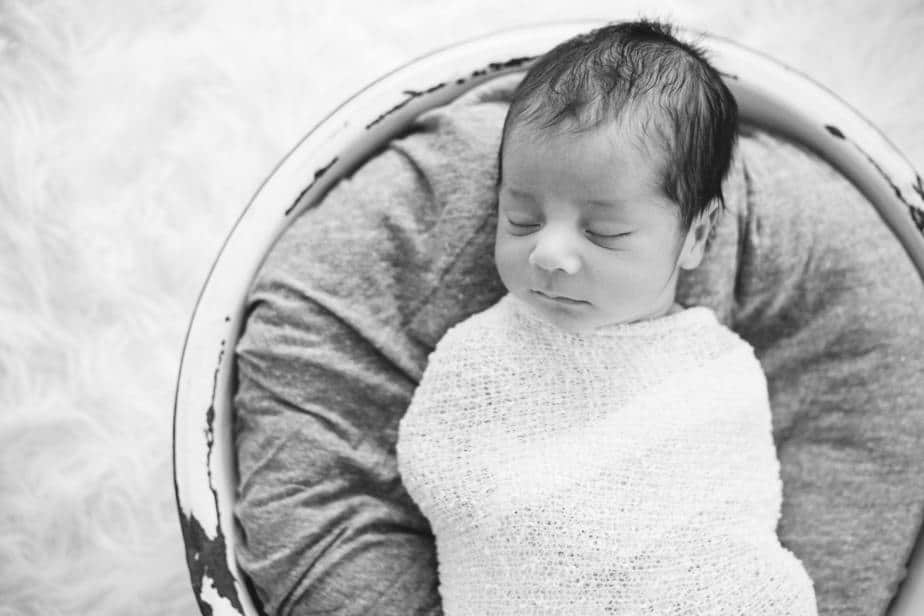 A was ready for her anatomy scan at her first appointment.  After giving her the information to schedule the ultrasound, she was surprised to find out that she was due almost three weeks sooner than she was originally given previously.  Being do much sooner was a little overwhelming, but soon they adjusted to the new time frame.

A experienced many days of prodromal labor, which always comes with some emotional frustration and physical exhaustion.

A came in for her weekly appointment at 39.2 weeks very frustrated with the prodromal labor.  She had very regular contractions the night before that abruptly stopped when her body shut down due to an emotional trigger.  We talked a lot about trauma history, as well as how we can pretend all we want that things are okay, but when labor happens, everything will hit the fan if it is not worked through ahead of time.  A requested a cervical check and was 1cm dilated, 70% effaced, and baby at a -2 station and acynclitic.  I recommended some positions to try the next few days, as well as some self care and relaxation so that A would feel safe and loved enough to go into labor.

A sent me a text at 5am on July 4th, 2017 to let me know she was having much stronger contractions than what she had been experiencing for awhile.  They were coming every 4 minutes, lasting under a minute, and her doula E was present and providing support.  I encouraged A to rest as much as she could, as well as eat and drink frequently, and to keep me posted.

Doula E sent a text at 7am stating contractions were 3-4 minutes apart, lasting 80 seconds long, and keeping the same intensity.  I recommended some positions, and A said she wanted to be checked.  E talked with her, and A said things felt too intense to get into a car, and felt she wanted me to come and join her.

I arrived at 8am, and found A laying on her left side in her bed, gently moaning with contractions.  Vitals were great.  I did an exam at 825am.  Prior to birthing day, I had discussed with A that there may be scar tissue on her cervix (based on history she gave to me) that may need to be massaged in labor.  As guessed, A had some scaring on her cervix.  A consented and allowed me to massage the scar tissue through a contraction.  She was now 3cm dilated, 70% effaced, and baby at a -2 station.  I suggested A go for a walk so that I could observe contractions, and to help things kick into gear.

After the walk, A agreed to letting doula E do a round of lift and tuck for ten contractions with the rebozo.  A had a pendulous abdomen, and I felt doing lift and tucks in labor would help get baby better positioned on her cervix.  After the lift and tucks, E sat on her birth ball and did hip circles with contractions.

At 10am, we decided to do another exam to continue to break up the scar tissue.  A wanted to avoid being in labor any longer than necessary.  I massaged the scar tissue through a contraction.  A was 4cm dilated, 70% effaced, and baby was at a -1 station.

A stayed in a semi reclining position in the bed, and began to drink a tea blend I made of red raspberry leaf and black and blue cohosh.

A decided she wanted to rest, and try to get a nap in since contractions were intensifying.  A got into bed with E, and rested on her left side.  Birth team left for awhile to allow A to rest and to get some lunch.

Doula E sent me a text about 130pm that A was up and ready for us to return to work!  I did an exam at 135pm, and found A to be 5cm dilated, 70% effaced, and baby at a -1 station, her bag of water was very bulgy and present and her cervix soft.

A was game for another round of lift and tuck, because she felt with each round her contractions became more powerful.  She then positioned herself on her birth ball, leaning her back against the wall and her feet on her bed.  Contractions were 4 minutes apart, lasting over 90 seconds long.

When A got up from the birth ball, there was bloody show on the towel.  This was big, as there had been no bloody show yet!

A moved back to the toilet, and then the birth ball as 4pm neared.  Things were intense, but she was ready for a check to see what change had happened.  While talking about options, A stated she thought she might want a membrane sweep, even if it meant her water might break during it as at the previous exam, her bag had been very bulgy.

I did the exam at 440pm, and A was 6cm dilated, 100% effaced, and baby at a -1 station.  I did a membrane sweep, and felt that her bag was weak and as if maybe one of the layers of the bag was opening, but not fully rupturing.

A stood and labored leaning over bed, while her doula rubbed her back with essential oils.  I began to give her some homeopathy to help continue to strengthen her contractions.  A then labored in hands and knees, and doula E did the booty shake with the rebozo to jiggle the baby.  A then requested that apprentice A do another round of lift and tuck because she wanted things to feel more intense.

I did an exam at 630pm, and found A had a nice bulgy bag still and was now 7cm.  A wanted her waters broken. She was ready to meet her baby.  I broke her forebag, and baby handled it like a champ.

A was emotional.  She got into the bed and labored on her right side.  We talked about how exams made her feel triggered, and reminded her she was safe, she was loved, and she was in charge.  We encouraged her to rest, and to embrace this baby’s unique journey earth side.

A labored on the toilet for a few minutes, while the birth pool filled.  Before getting into the birth pool, apprentice A did a few lift and tucks.  A was ready for the birth pool when she got in at 740pm.  A alternated between laboring on her knees and semi reclining.

As 830pm neared, A felt like the baby’s head had dropped, and that pushing was near.  I encouraged A to wait for things to feel impossible to hold back.

Frustrations arose, and A began feeling emotional again that things weren’t happening fast enough.  She labored on the toilet for a few contractions, and then moved to her birth ball.

Doula E worked on doing some guided visualization with A while she labored on the ball.  After that, E and I helped A get into Walcher’s to see if it would help baby move down.

I did an exam at 1020pm, and knew immediately at this point that we had some emotions to work through because A wasn’t feeling safe to have this baby.  A was now 6cm, 80% effaced.  Her contractions were now coming every 7-10 minutes, lasting a minute.  I did not tell A she had regressed.  Her emotions were high, and she weeped over the stall she was experiencing.

Doula E and I talked with her about trying to rest with E, talk together about how she is feeling and working through anything mentally and emotionally holding her up, and I would make her some more herbal tea blend to help contractions.  We helped her get in open knee chest, and left them to have privacy.

Slowly the things on her mind were coming out.  A and E began to hash out all the doubts and all the things that were causing A stress and anxiety.  Doula E and I walked in to give her tea, and to reiterate that A needs to feel safe in order to have this baby.  We shut the door, and said we would wait for the door to open to know that everything has been aired out and ready to have a baby.

A came storming out of the bedroom a few minutes passed midnight, and requested doula E go talk to E because she can’t anymore.  I sat with A, and reminded her of her goals and plans to feel safe enough to let this baby be born.  As we talked, contractions came back, stronger.  She was contracting every 3-4 minutes, lasting 80 seconds.

A was staying more in the game during the 1am hour.  She spoke over herself repeatedly that only she can choose to stall her labor, and she was not going to choose that.  E was napping, and doula E and I were at her side.  A labored standing, slow dancing with doula E through contractions at 150am.  Moaning was intensifying, and we could tell that these were feeling different.  When A felt discouraged, we both passionately spoke to her, keeping her in the game.  Praise and worship music was turned on to help change the atmosphere, and it helped encourage A.

A labored sitting at 220am because her legs were tired.  We encouraged A that her body seemed to labor more efficiently with standing, so she was back on her feet and working that baby down at 235am.

She felt baby was close at 250am, and took off her bottoms.  Her mind became flooded with doubts.  She wasn’t trusting her strength.  We reminded her that she was so strong, so powerful.  I did an exam at 308am, and found A to be 9+cm dilated, 100% effaced, and baby was at a +1 station.  I told A it was time to stop running from the journey, and to be ready to meet her baby.

A moved to her left side in the baby at 316am, her legs were so tired.  We began pushing soon after.  A had an anterior lip that I held back, while A pushed while playing tug of war with the rebozo with apprentice A.  Contractions were coming every 5 minutes, lasting 60 seconds.

A became weepy and shut down at 337am, because she wasn’t feeling connected to E.  Doula E went to find E and had a chat with him.  E came back into the room at 342am, and was game ready.  I told E that A would not be able to have this baby until she felt connected, loved, and supported by him.

Pushing wasn’t as effective, so at 4am I told A that the birth team was going to step into the other room while her and E reconnected.  I said we would stay out for 15 minutes, or until she yelled that the baby was on the perineum.  I knew she needed to feel connected in order to feel safe to meet her baby.

I began applying warm compresses to her bottom at 430am, as the head was starting to peak at us.  The head was staying on the perineum at 435am.  A powerfully brought her baby’s head to crowning two minutes later, quickly followed by the rest of him!  He was here!  A had her due date baby that worked so very hard for!

Welcome to the world Emiliano, born earthside on July 5th, 2017 at 437am, weighing in at 7lbs 14ozs, 20.75 inches long.  His mama had so many battles to fight and overcome in her journey to bring him earthside, and she did powerfully.  So proud of this sweet mama for being stronger than she knew, and had her baby at home just as intended.